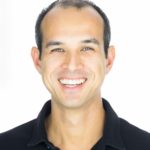 Stephen Andrews, L.Ac, MAOM, is a Licensed Acupuncturist, Chinese herbalist and Qigong instructor. He holds a Masters of Acupuncture and Oriental Medicine degree from the Academy of Oriental Medicine at Austin. Stephen is also nationally certified by the National Certification Commission for Acupuncture and Oriental Medicine (NCCAOM). At an early age he began to realize the incredible powers of the mind and body, and has since been interested in health and longevity. Stephen first began studying Qi Gong and other forms of meditation in 1994. He has studied extensively in Jin Gui Golden Shield Qigong since 1997 and starting teaching in Austin and Dallas in 2003.